Tourist and sporting activities for everyone..

Our wish to meet new people, to welcome them and share the beauty of our land took shape: this is how “La casa del Sole” was born, our “little refuge” at the foot of the mountains in the Natural Park of Adamello Brenta.

The Hermitage of St. Pancratius is a characteristic site above the village, and on the Brenta Bike track for bike lovers. Thun Castle, lake Tovel, the Sanctuary of St. Romedius are all just a few kilometres away. Your days will be filled with visits to the wildlife park of Spormaggiore, Novella River Natural Park, Rio Sass Canyon and the Maddalene mountain chain with its mountain refuges. To practice winter sports, the closest ski station is the Paganella Plateau, whereas ice skaters will enjoy two skating rinks close by. Andalo and Molveno are 20 kms away.

Have a good time visiting the new Museum in the city of Trento.

Tovel lake is the largest natural lake in Trentino, one of the natural jewels of the Adamello-Brenta National Park.

Located in the western part of the Brenta mountains, Tovel lake (1178 m) is one of the natural jewels of the Adamello-Brenta National Park and is the largest lake in Trentino. Its waters are surprisingly clear with incredible tones of blue and green, rich in wildlife. The lake belongs to the hydrographic basin of the Noce river, one of the major affluents of the Adige river. It extends over 360,000 square metres, with a maximum depth of 39 meters.
The lake’s waters used to turn red naturally, due to algae, every summer until the 60s, which made the lake famous. Tovel Valley is also home to the brown bear, which has been reintroduced into its natural habitat thanks to the “Life Ursus” project promoted by the Adamello Brenta National Park. 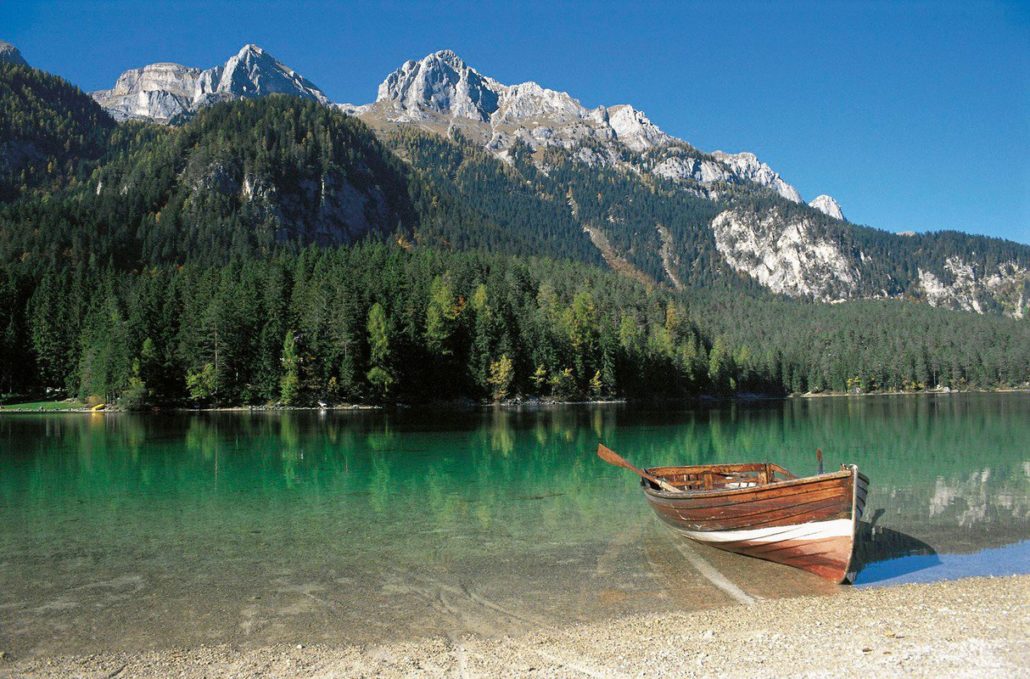 The Magdalene Mountains are a mountain chain characterised by an extremely suggestive environment made up of green pastures and alpine refuges.

The Magdalene Chain is a group of mountains located between Trentino and Alto Adige, on the border between the Non Valley, Rabbi Valley, and the Ultimo Valley. It owes its name to agricultural references: in the past, this was the term used in some areas of the mountain where people would not begin cutting grass before the 22nd of July, the day of commemoration of Saint Mary Magdalene. 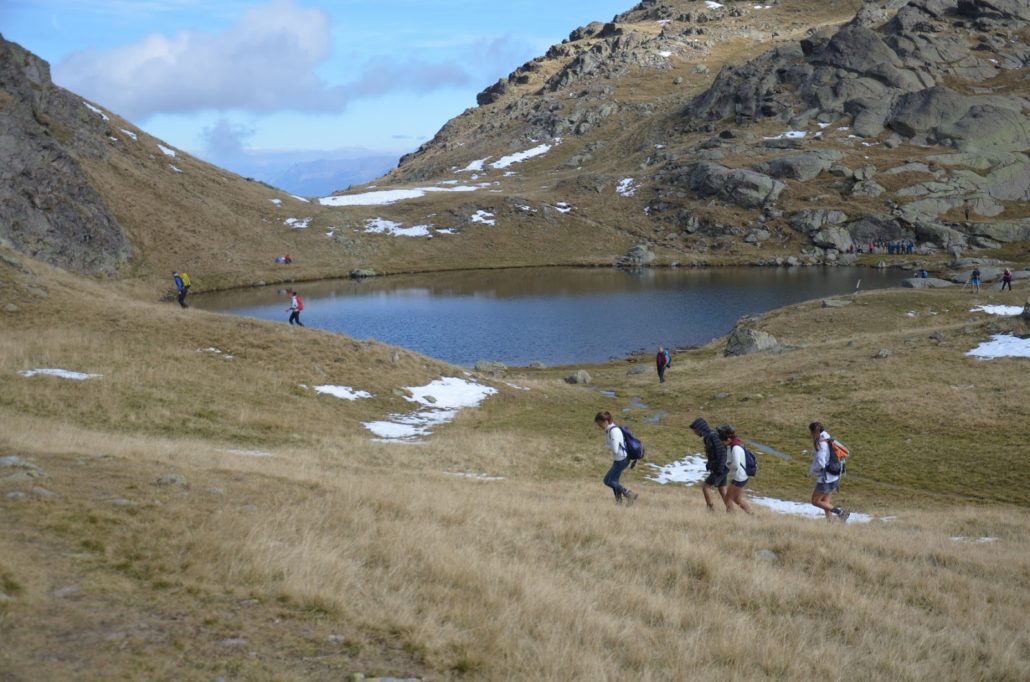 Paganella is full of woodland, hiking trails and ski slopes. You will find the Dolomite Paganella ski area there, with its 14 lifts and 23 slopes, which are a part of the Dolomite Adamello Brenta Skirama.

The Paganella Plateau comprises Spormaggiore, Cavedago, Fai della Paganella, Molveno and Andalo, which hosts the Communtiy of the Paganella Valley. Overall, its territory extends for close to 100 square kilometres, from South to North from the Fai della Paganella plateau until the high peaks of the Central Chain of Brenta and the Campa Group. 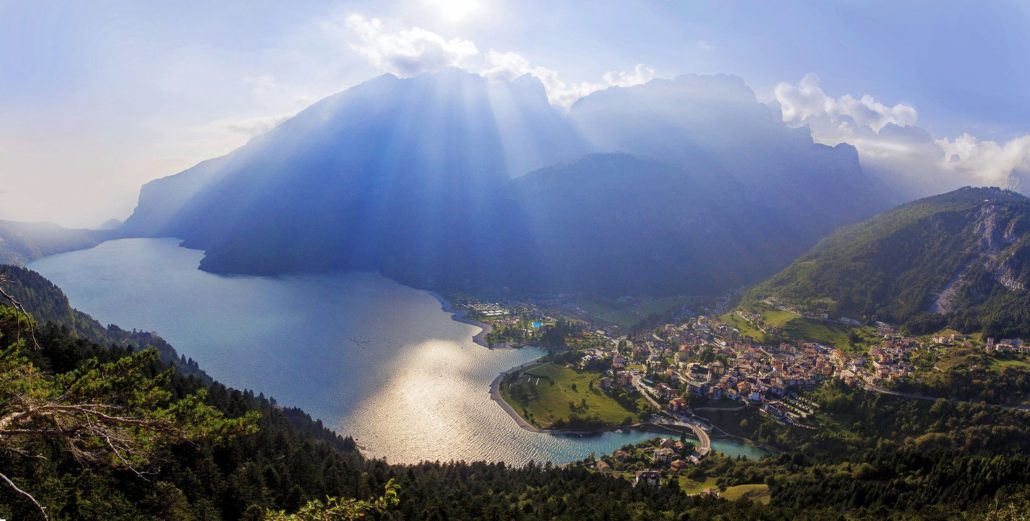 Castel Thun, majestic with a panoramic position, is one of the most important museum complexes in the entire alpine arch.

The emblem of the ancient glory of one of the most powerful families of the Trento region: the Thuns. Subject to an important renovation campaign in spring 2010, Castel Thun has now reopened to the public. In addition to having maintained its original furnishings, an important picture gallery and precious collections, its rooms also house temporary exhibitions and shows. 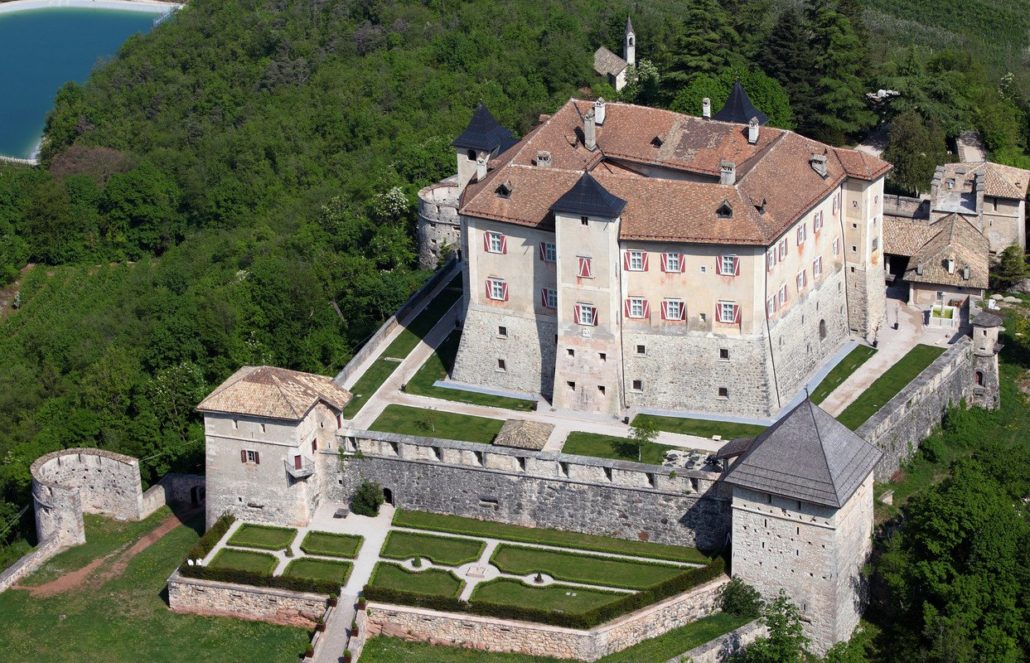 Canyon Rio Sass, a deep corridor that cuts the upper part of the Non Valley in half. As of 2001, it became accessible via platforms and ladders, to explore its swirling waters, waterfalls and its giant pothole formation (Marmitte dei Giganti), fossils, stalactites and stalagmites. 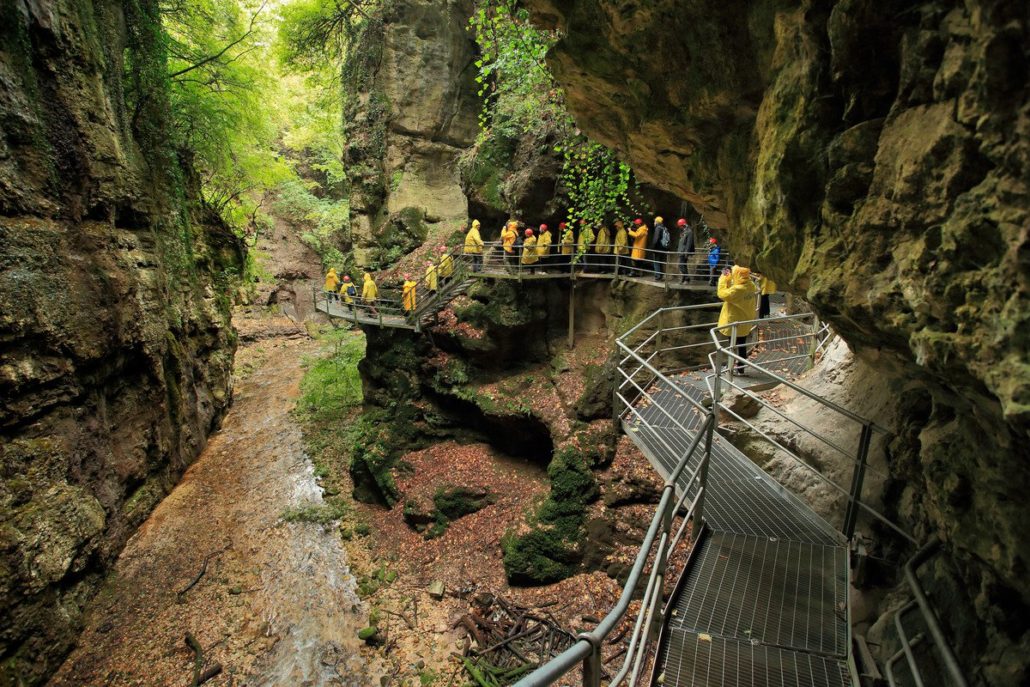 The St. Romedius Sanctuary, hidden in the thick woods, is one of the most typical hermitages and testimonial sites to the Christina faith in Europe.

The St Romedius sanctuary is a sanctuary dedicated to the figure of Saint Romedieus – located on a steep rocky spur, in the splendid natural surroundings of the Non Valley, in the municipal territory of Coredo (TN).

The sanctuary is made up of five churches built over a nine hundred year period between 1000 and 1918. The five churches were built against a steep rock wall, and are interconnected by 130 steps in a spectacular staircase. It receives approximately 200,000 pilgrims a year, and is kept by two friars of the Order of St Francis of Assisi. 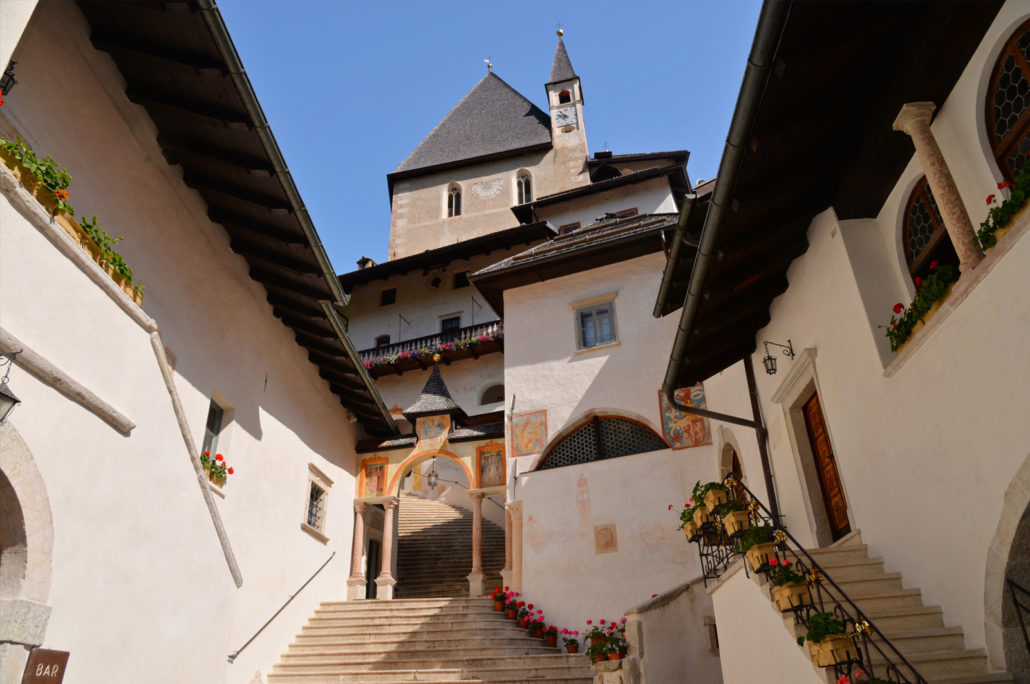